From Private Debt Investor
The real me: Daniel Roddick

Ely Place Partners’ founder on his new business, why singing was a career option and a big upcoming event 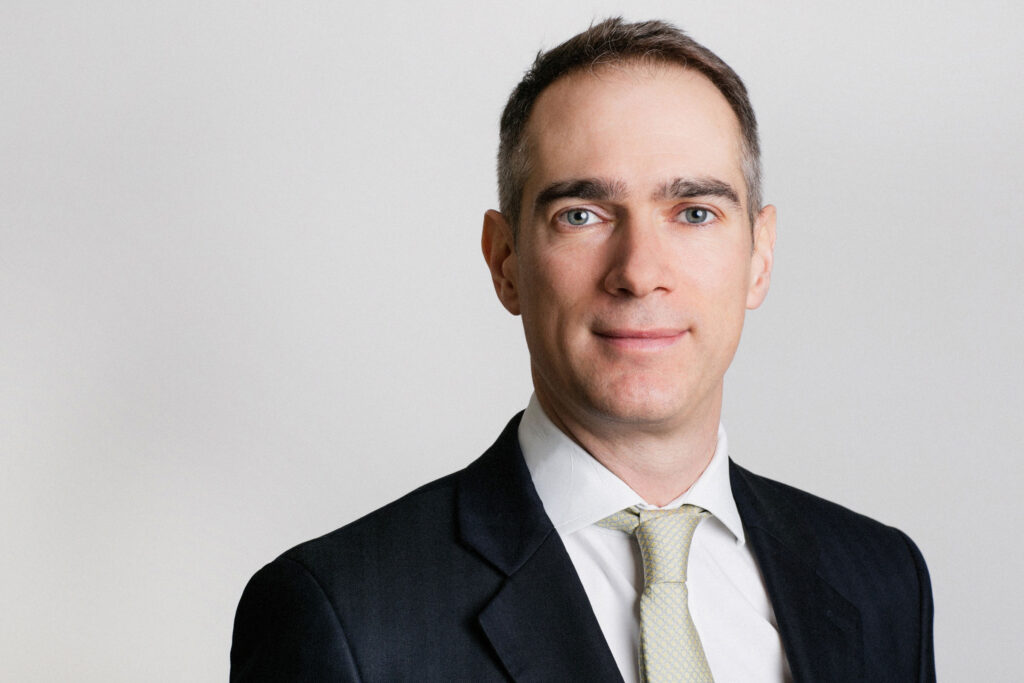 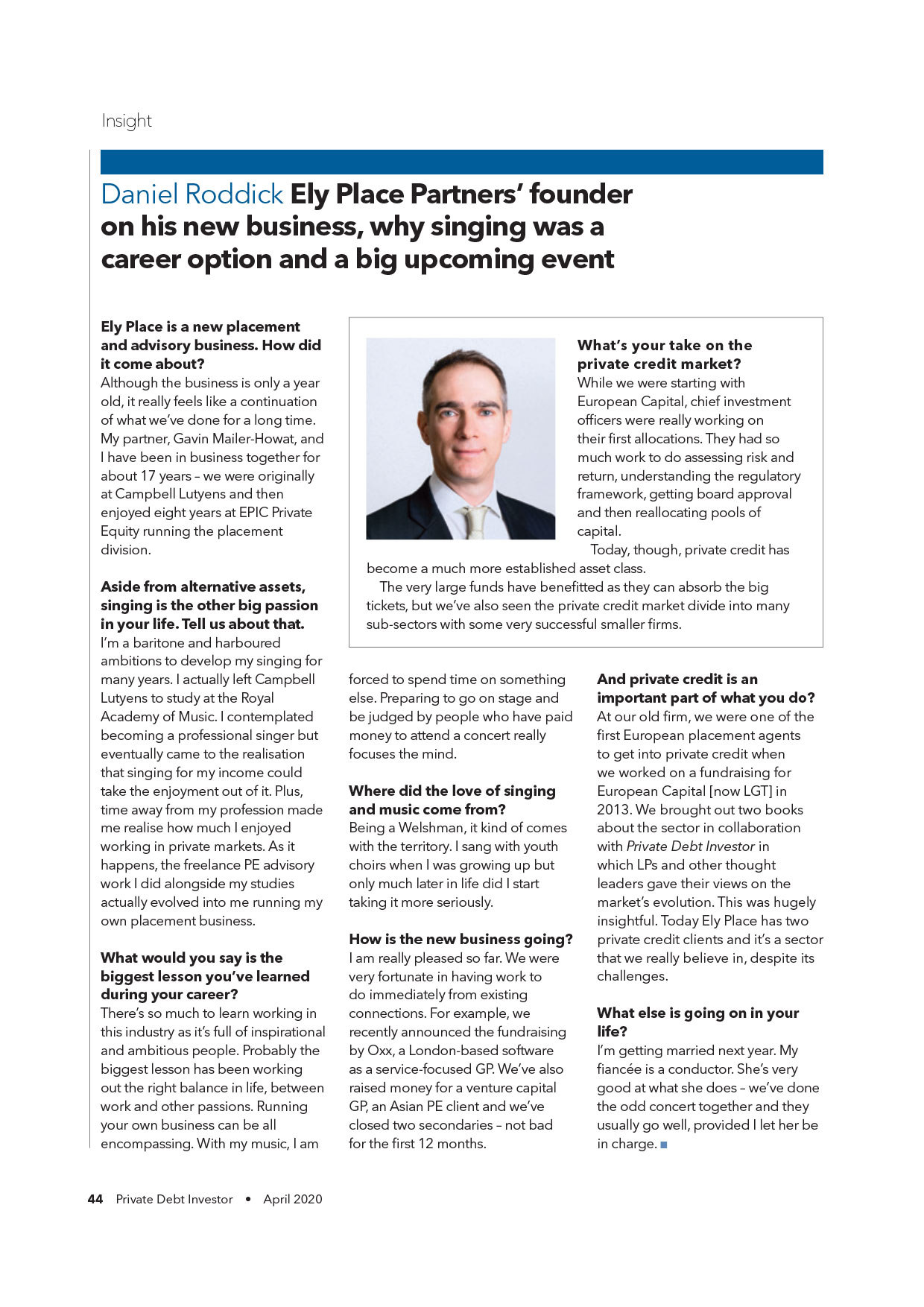 Ely Place is a new placement and advisory business. How did it come about?

Although the business is only a year old, it really feels like a continuation of what we’ve done for a long time. My partner, Gavin Mailer-Howat, and I have been in business together for about 17 years – we were originally at Campbell Lutyens and then enjoyed eight years at EPIC Private Equity running the placement division.

What’s your take on the private credit market?

While we were starting with European Capital, chief investment officers were really working on their first allocations. They had so much work to do assessing risk and return, understanding the regulatory framework, getting board approval and then reallocating pools of capital.

Today, though, private credit has become a much more established asset class. The very large funds have benefitted as they can absorb the big tickets, but we’ve also seen the private credit market divide into many sub-sectors with some very successful smaller firms.

Aside from alternative assets, singing is the other big passion in your life. Tell us about that.

I’m a baritone and harboured ambitions to develop my singing for many years. I actually left Campbell Lutyens to study at the Royal Academy of Music. I contemplated becoming a professional singer but eventually came to the realisation that singing for my income could take the enjoyment out of it. Plus, time away from my profession made me realise how much I enjoyed working in private markets. As it happens, the freelance PE advisory work I did alongside my studies
actually evolved into me running my own placement business.

What would you say is the biggest lesson you’ve learned during your career?

There’s so much to learn working in this industry as it’s full of inspirational and ambitious people. Probably the biggest lesson has been working out the right balance in life, between work and other passions. Running your own business can be all encompassing. With my music, I am forced to spend time on something else. Preparing to go on stage and be judged by people who have paid money to attend a concert really focuses the mind.

Where did the love of singing and music come from?

Being a Welshman, it kind of comes with the territory. I sang with youth choirs when I was growing up but only much later in life did I start taking it more seriously.

How is the new business going?

I am really pleased so far. We were very fortunate in having work to do immediately from existing connections. For example, we recently announced the fundraising by Oxx, a London-based software as a service-focused GP. We’ve also raised money for a venture capital GP, an Asian PE client and we’ve closed two secondaries – not bad for the first 12 months.

And private credit is an important part of what you do?

At our old firm, we were one of the first European placement agents to get into private credit when we worked on a fundraising for European Capital [now LGT] in
2013. We brought out two books about the sector in collaboration with Private Debt Investor in which LPs and other thought leaders gave their views on the market’s evolution. This was hugely insightful. Today Ely Place has two private credit clients and it’s a sector that we really believe in, despite its challenges.

What else is going on in your life?

I’m getting married next year. My fiancée is a conductor. She’s very good at what she does – we’ve done the odd concert together and they usually go well, provided I let her be in charge.