Secondaries players weigh up risks and rewards of ‘ring-fencing’ deals 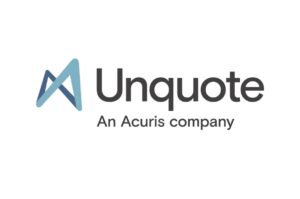 ‘Evolving from traditional vanilla sales of LP interests, the secondary market has developed a wide variety of new solutions for underperforming portfolios, as well as highly protable assets that can benet from a longer holding period, while allowing GPs to more efciently manage liquidity issues and needs.

This evolution is likely to be pushed even further by the experimentation imposed by the coronavirus pandemic, primarily towards a rise in interest for GP-led

Despite a temporary cooling down while buyers and sellers await clarity around valuations, secondaries are expected to nd new opportunities in the uncertainty caused by the crisis, while developing and consolidating strategies suitable for a private equity landscape affected by liquidity concerns.

One such strategy consists of bundling up a group of underperforming assets affected by the crisis and transferring them into a separate vehicle, suitable for an ambitious and resourceful LP base. This could mean breathing room for many companies that were healthy before the outbreak and started to underperform when their sector or their supply chain were hit by the crisis.

“The idea is to separate assets into two categories, a good and a bad pile,” says Nico Taverna, a partner at Mill Reef Capital. “The latter would be composed of risky and underperforming assets affected by the crisis and with an uncertain recovery path ahead of them. They could include risky assets or companies that have the clear potential to recover if the economic scenario improves.”

By segregating the two groups, the GP could deploy a targeted and tailor-made strategy to support the struggling assets’ recovery, without excessive write- downs and avoiding depleting capital, nor impairing the portfolio’s combined performance.

“Moving some troubled assets to another fund can be a possible solution if there is a funding need within the portfolio that cannot be met by current LPs,” says Ely Place Partners’ Daniel Roddick. “This cashow need could be because the companies are underperforming or need more time and capital to reach their potential.”

When mixed, these assets might negatively impact the entire portfolio, while divided they make it easier for the GP to appeal to different LPs able to sustain and fuel a successful recovery strategy.

“This type of GP-led transaction would focus more on the additional capital coming in rather than on the ability of investors to roll over and hold their position in the portfolio,” says Sam Kay, a partner at Travers Smith. “This would create a balance between maintaining your investors economically interested in the portfolio and bringing in extra capital, which is going to dilute the existing investors.”

But while the idea is simple and can present undeniable advantages, the practice is quite complicated and includes many organisational, structural and nancial challenges.

“A lot of people have been talking about this because the philosophy of dividing bad assets from good assets and applying specic strategies to them has worked in the past,” says Sunaina Sinha, managing partner at Cebile Capital. “In our current situation, it could be the right approach for assets in some of the most affected sectors, such as leisure, travel or retail.

“However, the problem is that nobody knows how these industries will play out, what the length of the recovery is and if it will be a U-shaped or a V-shaped recovery. Some of these low-performing companies have real solvency risks, and in some cases might not even be alive at all at the end of the crisis if the Covid-19- driven recession lasts longer than expected. Furthermore, this is a new type of crisis that entails different economic and psychological mechanisms. We don’t know what the long-term impact of the lockdown on consumer behaviour will be and for how long product and service demand will be affected.”

The risks intrinsic to this strategy at a time when the implications of the crisis are still unclear make valuations very difcult to form. Kay says: “One of the challenges with these transactions is around valuations, given that any future return will be dependent on the value that you attribute to the pool of assets at the moment of the transfer, and currently one of the main difculties that the market is facing is valuing assets.”

Attributing the right valuation to the bundled assets can be particularly important in ensuring that existing LPs will not see this strategy in a negative light. “The fund manager needs to be very careful when assigning a price to this pool of assets because of potential conicts,” says Roddick. “Its main priority should be its duciary duty towards its existing LPs. One way of addressing this is to offer existing LPs the option to roll over some of their commitments into the new vehicle for no extra cost. This can help the GP ensure it has treated its LPs fairly.”

Finding the right type of buyers for these pools of assets can also be quite challenging. Typically, these transactions would fall into the domain of secondaries players, but the high risk they entail and the difculty in getting a fast and tangible return might discourage most of the secondaries specialists and instead attract different categories of investors.

“Once it becomes clear where the bottom of the crisis is, we might see some specialist secondaries players approaching these bundles of assets,” says Sinha. “At the moment, however, it is much more likely that some opportunistic buyers, special situation players and distressed investors will come to the surface. The problem can be that they might not be the type of buyers that want to recapitalise these groups of assets.”